Roxanne has worked with SLLS and New Orleans Legal Assistance since 1999 in the offices in Marrero, New Orleans, Covington and Hammond, where she practiced primarily in the areas of family law and domestic violence. Additionally, her efforts have spanned the following parishes: New Orleans, Jefferson, Plaquemines, St. Bernard, St. Charles, St. Tammany and Washington. 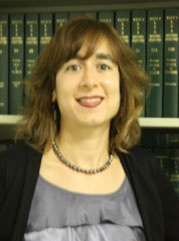