Laura Tuggle is the Executive Director of Southeast Louisiana Legal Services (SLLS). She has served as the executive director since May 2014 and began her career at SLLS in 1993 as a staff attorney. Previously, Laura managed SLLS’ Housing Law Unit, right after Hurricane Katrina from 2005-2010.

Prior to joining SLLS, she served as General Counsel and Director of Client Services as part of a reform administration at the long troubled Housing Authority of New Orleans from August 2010-April 2013. After the agency transitioned back to local control, Laura returned to SLLS.

Over her 25 year career in public interest, she has excelled in many areas, including direct services, systemic work, and policy advocacy. As a result, Laura increased access to housing for special populations, including the homeless, people living with disabilities, and disaster survivors. Additionally, her efforts in impact litigation resulted in significant legal victories for low-income tenants, including millions of dollars in federal relocation assistance and establishing a private right of action for voucher assisted tenants to challenge utility allowances.

She has received national, state, and local awards for her work in the interest of housing justice. Laura graduated from LSU in 1984, receiving her Juris Doctorate degree from Tulane Law School in 1987.

She currently serves on the Board of the New Orleans Family Justice Center, Shared Housing, and as Co-Chair of the Legal Services Corporation’s National Disaster Task Force Relationship-Building and Integration of Legal Services into the Nation’s Emergency Management Infrastructure Committee. Laura is a member of the Louisiana Access to Justice Commission’s Building Bridges Committee, currently serves on the Louisiana State Bar Association Access to Justice Committee, and serves on numerous task forces seeking to improve civil legal services and housing opportunities for vulnerable people. 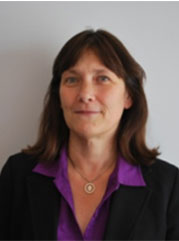