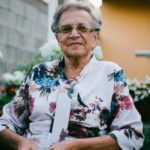 When Estelle* walked into our office, she was distraught.  At  66 years old, after working hard her entire life, she suddenly faced the possibility of losing her home and  her savings. Her health was deteriorating and since she received only $800 a month in retirement, she didn’t have enough money to get another apartment. She was scared she would end up sleeping on the streets. Most frustrating, Estelle knew she had done nothing wrong.

Estelle had worked for her previous employer for over 10 years. She did odd jobs on her boss’ properties and helped get them in shape for inspections. Her employer always paid her in cash and sometimes withheld some of her earnings to help her save for big expenses. This relationship worked well for both of them. About five years ago, her employer offered a new arrangement – the opportunity to lease-to-own one of his properties.  She was excited about the possibility of owning her own home and the stability it would provide. She looked forward to aging in place there.  Her boss said she could use $10,000 of the money he had “saved” for  her to put towards the down payment. Then the plan was for her boss to withhold  part of her pay to cover the monthly rent. Estelle was thrilled. She signed a 30-year lease with option to purchase her new home.

The arrangement was great for the first couple of years. Then Estelle’s bosses who co-owned the business employing Estelle started fighting with each other. There was disagreement on who owned the business and how to dissolve the business assets. Estelle wound up being fired and then served with an eviction notice accusing her of not paying the rent. On top of that, they denied they owed her any money for her past work. That’s when Estelle called SLLS.

Attorneys from SLLS’s Employment and Housing Units teamed up to help Estelle. Getting justice for Estelle took months and several court appearances. More than once, Estelle thought about giving up. She found the legal process confusing and frustrating. The stress of the situation was taking a toll on her health. Without SLLS, Estelle could not have afforded to have an attorney. With SLLS by her side, she continued to fight for what she knew  was right.  In the end, the court dismissed the eviction and Estelle got to keep her home. The court also found ordered the employers to pay  Estelle  $23,000 in unpaid wages. Now Estelle’s doesn’t have to worry about losing her home and her future is secure.

*Our client's name has been changed to protect her identity.