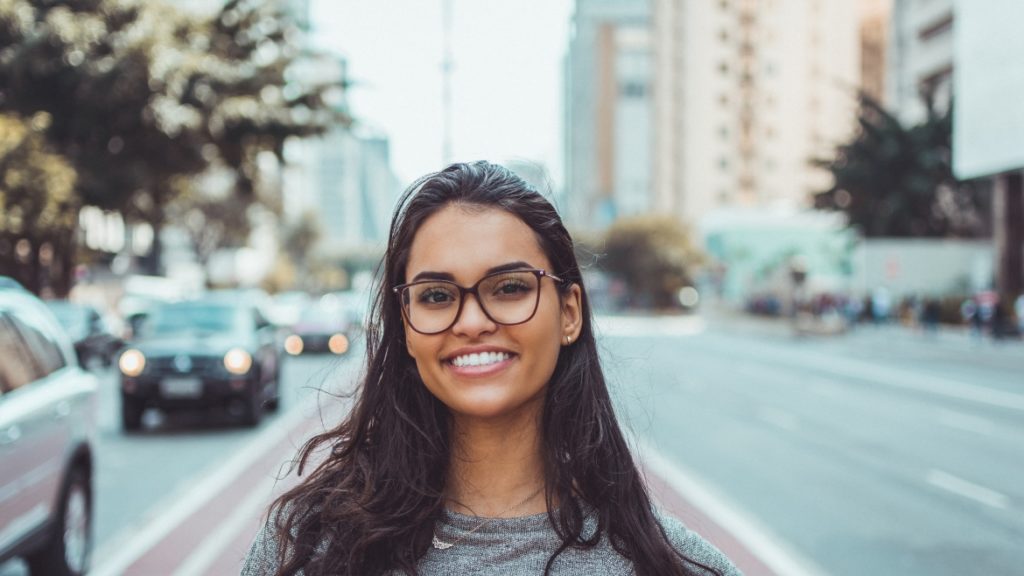 PLEASE NOTE BEFORE READING: The names of the victims portrayed in the following series were altered to protect our client’s identities. This story contains descriptions of violence associated with domestic violence and human trafficking.

In the spring of their senior year, Camila and her boyfriend talked about getting married after graduation. They were high school sweethearts and wanted to spend the rest of their lives together. A couple months later, they got married and started to build a life together in Livingston, LA.

It wasn’t much later that things began to change. Camila’s husband was using drugs and drinking daily. His need to control her escalated. She lived in fear every day. He hit her. He strangled her. He forced her to have sex with other people. He threatened to kill their baby. He threatened to kill her family. When she tried to leave him, he would find her. He told her that if he couldn’t have her, then no one else could.

Arguing next to their car on the side of the road one day, he hit her so hard that he knocked her unconscious. Several people witnessed what he did. They called the police who then arrested him. Camila finally realized that there were others who could help - that there was hope for a better life.

We met Camila shortly after this incident. She was so young, barely over 20 years old, and had lived most of her teen years and all of her adult life under the thumb of her abuser. She didn’t know what she should do to escape. Her abuser had been out of jail for a week and was calling her several times a day, threatening to kill her if she didn’t let him see their daughter. When she refused to talk to him, he left her message after message on her voicemail. He repeatedly texted and called her family members. He made up fake social media profiles in attempts to get closer to her online. He told her that he would kill her if she tried to divorce him.

With help from SLLS, Camila requested a temporary protective order to keep her abuser away from her and her daughter. When she got home after requesting the order, she discovered that her mother’s house, where she had been living, was on fire. Her abuser had tried to burn it down, starting the fire in Camila’s room and destroying part of the home.

The court granted a temporary restraining order and gave Camila temporary custody of their child. However, the court also gave the abuser visitation every other weekend.

Though Camila feared her abuser and his constant threats and harassment, she still wanted her daughter to have a father and didn’t want to violate the court’s order. However, eight months later, one of her biggest fears seemed to come true. It was time for her daughter to be returned to her after a weekend visitation. Camila waited and waited and waited. And then she began to panic. Her daughter was not returned to her that day. She couldn’t get in touch with her abuser. She no longer knew where he lived. With nowhere else to turn, she called her attorney.

Our attorney walked her through the process of filing the paperwork she needed to get a contempt order from the judge. While Camila filled out forms at the Clerk’s office, our attorney called the local sheriff to explain that the abuser had violated the protective order by failing to return Camila’s daughter. She wanted the sheriff to send a deputy to pick him up and reunite Camila and her daughter immediately. The sheriff told her that he could not arrest Camila’s abuser until he received a civil warrant, which could not be issued that day. Our attorney then pointed out that the sheriff could arrest the abuser for violating the protective order, and that Camila had saved text messages showing that the abuser continued to harass her. Our attorney arranged to get that evidence immediately to the sheriff’s office. Finally the sheriff's office agreed and started the process of searching for Camila’s abuser. Camila had to wait for an agonizing week for them to find her abuser and then return her daughter into her arms.

Unfortunately, the sheriff did not arrest her abuser. And the incident only incited him to increase his harassment. He continually threatened to kill her through voicemails, photo shopped pictures, and live video streams.  He soon learned that we were working to protect Camila and her kids - threatening to dismantle the web of power he had used to control her for so long. And he was mad. He left our attorney a series of irate voicemails, rife with expletives, threatening to hurt our attorney as well as Camila. While our case for permanent protections for Camila and her daughter wound its way through the court system, the abuser’s behavior grew more and more erratic and scary.

One day, he showed up at the house where Camila was staying with a friend. Camila ran into a closet with her daughter to hide, wrapped her daughter in her arms, and refused to come out until the 911 operator told her it was safe. When she emerged, she learned he had come in the house, threatened her friend with knife, and broken the windows to her car, leaving blood and shattered glass everywhere.

A month later, with our help, Camila obtained a divorce, sole custody, and a permanent protective order against her abuser. We also petitioned and prevailed on a rule for contempt because the abuser started threatening Camila in open court after the hearing. The court ordered him to 90 days in prison, giving Camila time to get her and her daughters things together as they prepared to get out of town and far away from her abuser.

We’re happy to report that Camila is now safe. She is getting the help she needs for her long journey to regain her confidence and power at a supportive services group for victims of human trafficking. 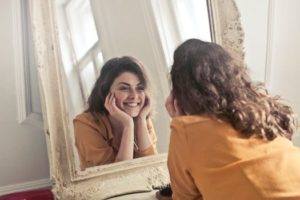 Mrs. Brown was 39 when her husband jumped on her back and threatened to kill himself in front of the kids. It was Christmas Day and four little pairs of eyes watched in terror as their father pointed a gun to his head. Sadly enough, that wasn’t the first time Mr. Brown, held a gun in front of the kids.

In 2001, the couple got married in a rural part of Louisiana. The Browns had four children together with two of them having special needs. To accommodate their new lifestyle, Mrs. Brown decided to quit her job so that she could home school the two kids with disabilities. Then the abuse started. Between the economic instability, violence and her concern for her children’s well-being, Mrs. Brown didn’t know what to do.

Since 2016, Mrs. Brown was harassed, pushed to the ground and yanked by the arms. She wore bruises on her body like they were tattoos. It seemed as though the violence would never stop. Then her husband sued for custody of her children. That’s when she finally turned to a local domestic violence shelter that provides services to survivors and was later referred to Southeast Louisiana Legal Services for help.

In the spring of 2018, an SLLS attorney jumped right in to help and defended her rights in courts. With our help, Mrs. Brown was approved to be the domiciliary parent, get $1,700 per month in child support, and have access to both the family home and the family van. Now Mrs. Brown has the security she needs to move forward and protect her family from future harm.

Recently, we’ve learned that she’s looking for a night job and is helping her oldest child think about what to do after he graduates high school. Providing survivors like Mrs. Brown with the resources they need to escape abuse and overcome their trauma is truly a rewarding experience for many of our attorneys. To anyone who’s still struggling to break the cycle of violence, know that an SLLS attorney is only a phone call away. We want to fight for you and anyone else who’s suffering in an abusive relationship.