The information provided on this post does not, and is not intended to, represent legal advice. All information available on this site is for general informational purposes only. If you need legal help, you should contact a lawyer. You may be eligible for our free legal services and can apply by calling our Covid Legal Hotline at 1-844-244-7871 or applying online here.

Federal and state laws help students stay in or get into schools if they are homeless or do not have stable housing. They do not just protect children on the street or in a homeless shelter. The laws protect children and youths who do not have “a fixed, regular, and adequate nighttime residence.”

This includes children who:

These laws apply to children and youth until high school graduation or equivalent (up to age 21).

These children are entitled to the same access to public school and public pre-school programs as other children.

Where does this protection come from?

Most is from the federal McKinney-Vento Homeless Assistance Act. Foster children in Louisiana are protected by LA Revised Statute § 17:238.

Are students who lose housing due to COVID-19 covered by the Act?

Yes. Students in the list above because of COVID-19 are considered homeless under the McKinney-Vento Act. So they are entitled to the same legal protections and services as other students experiencing homelessness or inadequate housing.

Who can I contact for help if my child is homeless?

If my child is in the list, can they stay in the same school?

If my child becomes homeless, can they change schools to where they are currently staying?

Yes. The student also the option of enrolling in school where they are currently living, even if it is outside of their original school district. However, the school may later dispute the enrollment

What happens if the school tries to move my child out of a school or refuses to let them enroll?

The school district must make placement decisions based on the best interests of the student.

The Homeless Liaisons are used to helping children in dire circumstances and usually very helpful.

My child is missing documents required for enrollment. Can they still enroll?

Yes. A school must immediately enroll a student in the list, even if the student does not have documents normally required for enrollment, such as academic and medical/immunization records or proof of residency. Once enrolled, the Homeless Liaison for the school must help the family or guardian obtain the necessary records and/or immunizations.

If my child obtains permanent housing during the school year, will they have to change schools?

No. Under the law, a student who went through homelessness (as set out in the list above) and gains permanent, adequate housing during the school year has the right to stay at their current school until the end of the school year.

If my child is in the list, can they get transportation to and from school?

Yes, until the student gets permanent housing. The Homeless Liaison will help arrange transportation to and from school. In general, transportation is available if one hour or less in each direction. Transportation must be made available even if the school does not provide it for other students.

The school may use a school bus or provide access to public transportation, like public bus passes. Factors like the distance from the school and the child’s age will be considered in making transportation arrangements.

This only applies to students who are currently homeless (in the list above). If a student gets permanent housing outside of the school district, the school can decide whether to continue transportation.

If my student is homeless, can they get free school lunch?

Yes. Homeless students are automatically eligible for free school lunch. Paperwork should be completed during the registration process with the Homeless Liaison.

If my student is homeless, can they participate in school programs and activities?

Yes. Students experiencing homelessness have the right to fully participate in activities including enrichment programs, such as tutoring, gifted and talented programs, and test preparation and homework help programs; after-school programs; and extra-curricular activities, such as clubs and sports. If a homeless student meets the requirements for the activity (attendance, grades, try-outs, etc.), and a fee will be a barrier, the fees should be waived or paid for by the district. If the fees are not directly covered by the school district, the district should connect the student with other funding sources such as booster clubs, the school PTA, or non-profit organizations. 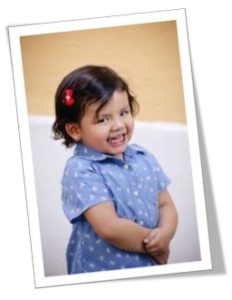 In the wake of her adult daughter’s sudden death, Margaret* knew she had to be strong despite the heartbreak she felt over losing her child. Her 3 year old granddaughter Sophia, now orphaned with no other family to step in, needed her.

“Margaret” tried to enroll Sophia in Head Start, but could not because she did not have legal custody. Unable to afford childcare, Margaret had to quit her job to take care of Sophia.Then she came to SLLS for help.

Thanks to supporters like you, Margaret could return to work and get the support she needs to provide her granddaughter a safe, stable, loving home. And Sophia is now in Head Start, getting the early education that kids need to be successful in school and for the rest of her life.

Join our 50 More Years Committee to ensure families like Sophia’s can access the legal aid they need by donating to SLLS this #GiveNOLADay at www.givenola.org/SLLS. Thanks to a generous donor and the folks at the Greater New Orleans Foundation, you’re donation will be more than doubled!

*Names and other information have been changed to protect the identity of our clients. 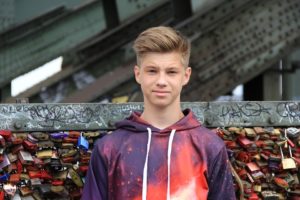